The new Windows OS, Windows 10, is already in Preview stage and is only a matter of time before its release. You can download the technical preview at Microsoft. There are some notable changes that i think will help reluctant users transition over. The biggest problem that users were complaining about was the new Start screen, referred to as the Metro UI, that replaced the traditional start menu. The revised start menu is a perfect combination of the old start menu and the new Start screen. Also notice, the addition of a search button and switch-windows button. 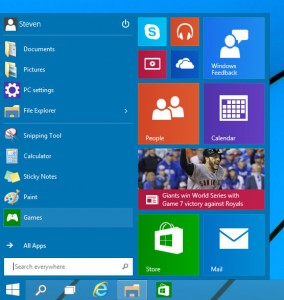 Performance of the OS seems to be a bit better, but longer testing will reveal any significant improvements. The menus look more intuitive and notifications are more graphically appealing. The explorer window shows minor changes but seems Microsoft added a “Home” button to bring you back to the default view. 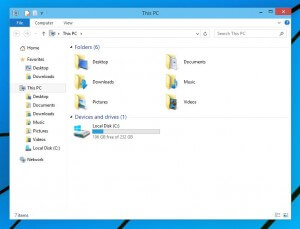 Switching between windows is more transparent with a Mac-style transition, not really a game changer but something notable to mention. In addition to this feature, Virtual Desktops is introduced similar to Linux, where you can have multiple workspaces or “desktops” to help organize and navigate your productivity. 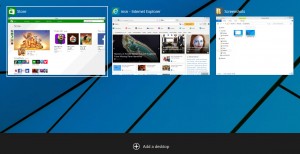 All said and done, I think Windows 10 is worth a look especially for people still running Windows XP and Vista – performance from those systems would be night and day, in my opinion. Windows 8 works very well on low-end machines with low memory, so the new version will be that much better.

Steven is great. My old computer has so many viruses I couldn't even open a single program...
Nancy C.
Steven has done a terrific job on my old computer. Have a lot more space, faster, almost d...
Marvon H.
Steven dialed my computer in. It was lagging big time and freezing up. After Steven did a ...
Shane H.
View All